On a warm, sunny day in San Jose, our Westpak team members came to work as usual, but this time on two wheels instead of four. May is the celebration of Bike To Work Day, a part of the League of American Bicyclists’ National Bike Month. The Bay Area held its 22nd annual Bike To Work day on Thursday, May 12th and Westpak employees brought out their bikes large and small! One of our bike enthusiasts, Tres Wood, rode his 25 year old penny-farthing (a.k.a. highwheeler, ordinary or boneshaker) into The differentiation between the names is quite interesting: it’s called the penny-farthing due to the size difference of the wheels corresponding to two different size coins. It also goes by highwheeler for obvious reasons, as well as ordinary to distinguish it from a geared bike. Due to the quality of the ride, its other, slightly more frightening nickname, is the boneshaker.

Tres found this bike in 1986, up for sale in the Denver Post classified ads and swapped the owner for a nice mid-level racing bike. Tres was kind enough to allow several other employees a ride on one of his most beloved bikes. Even our Chairman of the Board, Herb Schueneman, was brave enough to take a ride around our parking lot on this amazing two-wheeler! participants and Westpak is proud to be a supporter of this event! You can check out some photos of bikers in the Bay Area on May 12th from the Bay Area’s Bike To Work Day website. We’re excited to support biking to work throughout the year and maybe even riding Tres’s other bikes in 2017! 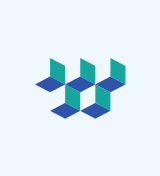 At Westpak we love what we do – and we love to share it! This is our third year participating in...

“What do you want to be when you grow up” This question is one that is posed to students...

One of Westpak's core values is to "pursue growth, learning, & understanding" Here at...

On the last day of summer, Westpak's San Diego lab opened up its doors to the cool breezes for...